This annual award is given to reward meritorious research in the field of microcirculation by supporting the recipient's visits to laboratories within their country of origin or abroad. The award is intended for a researcher who is a resident of the United States or Canada; has received a Ph.D., M.D., or other terminal degree; must hold an appointment at the rank of Assistant Professor or equivalent; and is an active member of the MCS. The award consists of a certificate and $3,000 (national) or $5,000 (international) to defray travel costs.

To apply for this award, a letter of nomination describing how the award will benefit the nominee's career and advance their knowledge of microcirculation, a brief tentative itinerary including the laboratories to be visited, and a current Curriculum Vitae should be submitted to the Chair of the Awards Committee, Dr. Phoebe Stapleton. Application materials are due by January 13, 2023. The recipient is expected to present a brief report of their trip to the MCS membership at the next annual meeting of the MCS. 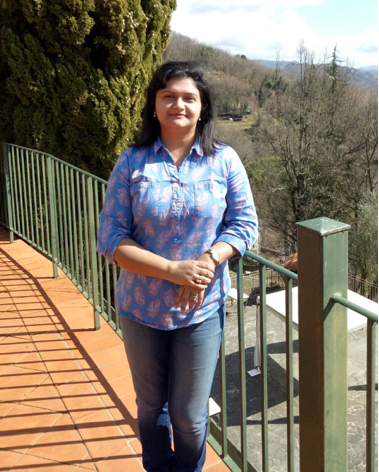 Dr. Sanjukta Chakraborty is currently an Assistant Professor in the Department of Medical Physiology of the College of Medicine at Texas A&M University Health Science Center (TAMHSC). She received her Ph.D in Cancer Genetics from the Indian Institute of Science, Bangalore, India. More recently, she completed her postdoctoral training as an American Heart Association Postdoctoral fellow from the Lymphatic Biology Division in the TAMHSC College of Medicine. Her current research interests are focused on the role of lymphatic inflammatory mechanisms in the progression of pathologies such as metabolic diseases and cancer metastasis. Over the summer, Dr. Chakraborty plans to use this award to visit premier research laboratories in Europe to gain skills in intravital microscopy, leukocyte trafficking, angiogenesis models and 3D co-culture techniques that will greatly enhance her research in areas of lymphatic and microvascular function. Dr. Chakraborty also believes that this will be an enriching experience as it will enable her to foster global collaborations with leading investigators in the field, while also leveraging their expertise and her own unique strengths to answer some fundamental questions in lymphatic inflammation mediated pathologies. In her laboratory, Dr. Chakraborty is exploring the role of perturbations in the gut microbiome on microvascular and lymphatic function and how this impacts metabolic syndrome and obesity. Another primary research focus in the lab is to determine how the tumor-lymphatic microenvironment contributes to cancer metastasis and progression. Her research utilizes integrative approaches in elucidating a number of inflammatory signaling mechanisms using molecular, cellular, genetic, physiological and biochemical tools and in vitro, ex vivo and in vivo models.
2017 Recipient: Fong Lam 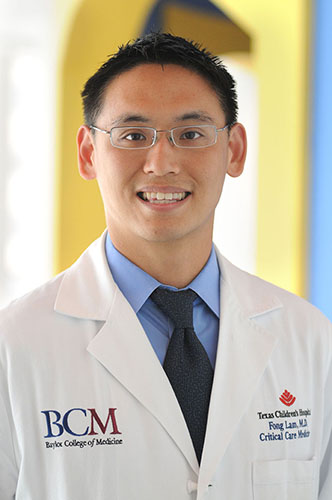 "I am an assistant professor in Pediatrics/Pediatric Critical Care Medicine at Baylor College of Medicine. I am originally from Houston and received my BA from Univeristy of Texas and MD from University of Texas Southwestern Medical School. My pediatrics and critical care medicine training was at the Baylor College of Medicine. I am currently a clinician-scientist interested in the pathophysiology and interplay of microvascular inflammation and thrombosis. I became interested in microvascular research during my critical care fellowship under the mentorship of Rolando Rumbaut, MD PhD. This stemmed from the clinical observation that patients with sepsis may still develop ongoing organ dysfunction despite normal systemic blood pressures. Clearly, the microcirculation was dysfunctional either through inflammation, thrombosis, or both. I then became interested in the interactions between platelets, neutrophils, and endothelium in the development of microvascular inflammation and thrombosis. When not in the laboratory or intensive care unit, I enjoy running, coaching my son's soccer team, and trying new foods. Oh, and writing grants. Who doesn't love writing grants? I plan to visit 2-3 laboratories in Europe in February or March 2018."
2016 Recipient: W. Lee Murfee
Dr. Murfee is currently an associate professor in the Department of Biomedical Engineering at Tulane University. Prior to Tulane, Dr. Murfee received his Ph.D. from the Department of Biomedical Engineering at the University of Virginia in the laboratory of Dr. Thomas Skalak and was a postdoctoral fellow in the Microcirculatory Laboratory with Dr. Geert Schmid-Schönbein in the Department of Bioengineering at the University of California, San Diego.  His research interests include the patterning coordination between blood and lymphatic vessels, the role of pericytes during angiogenesis, and the microvascular patterning alterations associated with age-related diseases. Dr. Murfee’s laboratory has recently developed a new tissue culture model to investigate the multi-cell dynamics involved in angiogenesis and lymphangiogenesis. During the upcoming summer, Dr. Murfee plans to visit the Walter Brendel Centre of Experimental Medicine (WBex) at Ludwig-Maximilians-Universität München. WBex is a premier cardiovascular research center and an ideal choice because his research interests overlap with multiple laboratories. Dr. Murfee envisions that gaining experience with intravital microscopy, real time imaging, angiogenesis models and isolated vessel preparations will benefit his research, help generate new research questions, and spark collaborations. Specifically, Dr. Murfee’s goal will be to leverage the expertise of investigators at WBex and the capabilities of his laboratory’s model to create real-time movies of cell (blood endothelial cell, lymphatic endothelial cell, pericyte, smooth muscle cell, and immune cell) trafficking during adult microvascular network growth. Such a dynamic view does not exist and has the potential to offer new insights and discoveries for advancing how we think about the way microvascular networks grow and remodel. While in Germany, Dr. Murfee also plans to visit Berlin and Dr. Axel Pries in the Center for Cardiovascular Research at Charité – Universitätsmedizin.